Mike Nock and Albert Dadon watch as Joe Chindamo responds to his induction into the Graeme Bell Hall of Fame.

The word is well and truly out on this year’s winners of the Australian Jazz Bell Awards and the Graeme Bell Hall of Fame recipient. The awards ceremony at Bird’s Basement on Monday 20 June were photographed and filmed by so many that it was often difficult for those at the tables to catch sight of those handing over the awards, the prize winners and the performers — which included the “house band” and winning artists.

This was the first of the Bells, named in honour of one of the greats in Australian jazz — the late Graeme Bell, MBE AO — to be held at Albert Dadon’s relatively new venue Bird’s Basement and the host showed obvious pride in his establishment and its capability to host such an event.

It worked pretty well. The food was excellent, wine flowed freely and Dadon even told the punters to keep quiet and listen while the band —  Phil Turcio on piano, Philip Rex on bass and Darryn Farrugia on drums — delivered upbeat and strong jazz. There was a good roll-up and, if anything, the numbers at each table, coupled with the fairly large chairs, meant there was less circulation by guests than in previous years because it was hard for some to get out of their seats easily.

The lighting — which I appreciate is not the point of the night — was nevertheless pretty awful, so that speakers at the mic were backlit by the screen behind and not lit at all from the front. (Those of us taking some photographs notice these things.)

This year, for the first time, nominations were accepted from voting members of the Australian Jazz Academy and the shortlist of nominees in each category judged by critics and jazz professionals from Australia and overseas.

Here are a few shots of the winners:

(I have left the other nominees in the list because they came close and deserve to share some glory.)

David Theak accepts the Bell Award on behalf of the Jazzgroove Mothership Orchestra. 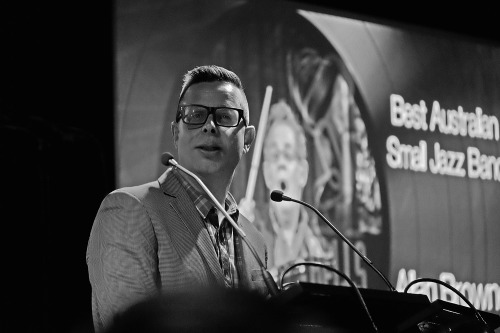 Eugene Ball accepts the award on behalf of the Allan Browne Quintet. 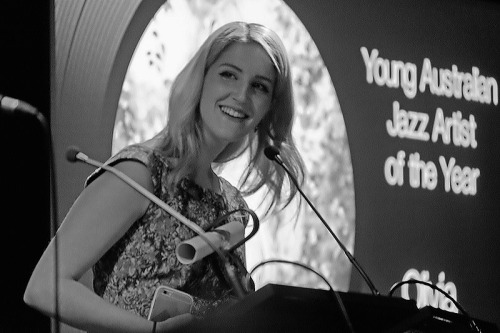 Olivia Chindamo with her Bell Award.

What a wonderful smile: Mike Nock accepts the Bell Award for him and Laurence Pike. 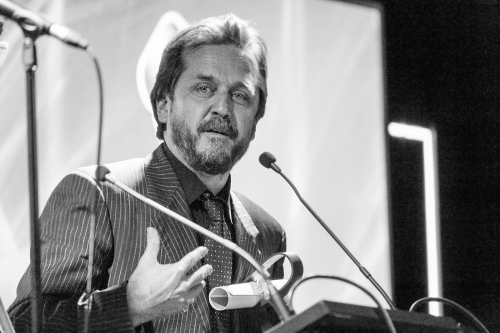 Barney McAll accepts his Bell Award for the album Mooroolbark.

When the Hall of Fame inductee was announced, Joe Chindamo spoke for a while and then invited daughter Olivia to join him to perform. That was a fitting way to end the night.

Joe and Olivia Chindamo perform together as Bell recipients.

That’s about it for the evening, folks. Congratulations to those who came first and also to the runners up. It was my birthday and I left fairly early, so I have no gossip to impart.

My thanks to Prue Bassett.

I hope to post a few more images soon.

This entry was posted in ARTICLES and tagged 2016, Bird's Basement, Jazz Bell Awards. Bookmark the permalink.

One response to “FOR WHOM THE BELLS TOLLED IN 2016”