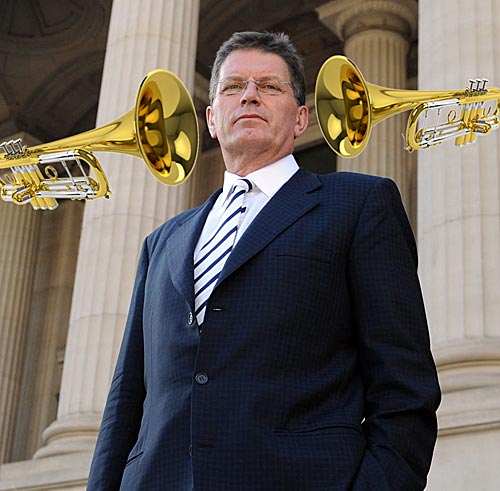 WIll Premier Ted Baillieu be all ears?

The Melbourne Jazz Co-operative’s campaign to have its State Government funding restored for 2013 moves to the next stage at 10.30am on Wednesday 20 February, when protesters take this cause to Parliament.

Those who love music and those who play for a living will be hoping that the Premier of Victoria, Ted Baillieu, will be prepared to face the music, following Arts Victoria’s decision to halt funding to this low-profile but hard-working co-operative, which has supported jazz and improvised music in Melbourne for 30 years.

There will be music on the steps of Parliament — possibly funereal — accompanied by some words from renowned performer, educator and musicologist, Dr Tony Gould AM, who recently accepted the position of Professor within the School of Music – Conservatorium at Monash University. Other speakers will be music identity Wilbur Wilde and the MJCs Martin Jackson.

Labor MP Martin Foley will present State Parliament with a printed version of a petition with hundreds of signatures — seeking the restoration of Arts Victoria funding .

The assembled protesters will call on the Premier, who is also Arts Minister to meet a delegation from the MJC to hear how the loss of funding loss is affecting local musicians.

All jazz and improvising musicians not teaching on the day are urged to roll up at 10am and to make their musical voices heard.

One response to “IT’S TIME BIG TED FACED THE MUSIC”