We had a long wait on this oppressively hot and humid Melbourne evening before the doors opened and we entered the familiar intimacy of La Mama, its darkness beautifully cool.

I had no clear idea what to expect — just an inkling that Gelareh Pour would not play traditional Iranian music. That idea came from the fact that I had previously heard her play, with Adam Simmons, at the Make It Up Club in Fitzroy, which is not known for its traditional approach to sound and music. On that occasion, it should be said, their short set was quite restrained and different from the music before and after it on the night. 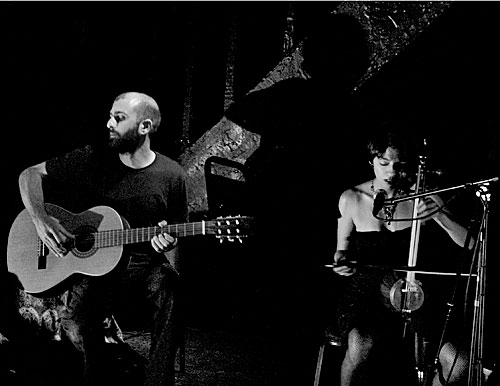 At La Mama, Pour again demonstrated her ease and proficiency with kamancheh and qeychak, as well as the power of her voice, which flows from deep within her tiny frame without apparent effort, but with compelling effect. I often appreciate other instruments more than voice, yet when I first heard Pour sing on that occasion, that was not the case. In combination with her vocals, Pour manages with each stringed instrument to capture — for me — the years of learning, culture and history of her country, despite the modern context and compositions.

Pour, who was born in Tehran, Iran in 1985, began learning music at age 10 and chose kamancheh as her main instrument, along with alto qeychak and vocals, while studying Persian music at the Art University of Tehran. After attaining her BA, she moved into teaching, largely with children, at Tehran’s Institute for the Intellectual Development of Children and Young Adults. Since arriving in Melbourne she founded A a L B a a L o o S art group.

Andrew Polydorou (Poly Styrene) used his guitar effectively to produce a drone effect in the first set, providing a backdrop to Pour as well as at times moving to the fore within a piece. Brian O’Dwyer‘s contributions were deft and subtle.

Definite highlights of this outing were the duos of Pour with Simmons — respectively on qeychak alto and shakuhachi to close the first set and on kamanche and bass clarinet to open the second set. These two developed divine dances of improvisation in both pieces, darting and weaving their sounds and timbres to entrance and engage.

Other pieces in set two featured Pour with Polydorou with O’Dwyer on a hand drum and then drum kit in some up-tempo, lighter pieces, before being joined by Simmons on bass clarinet for the closing Moonlove Gilava. 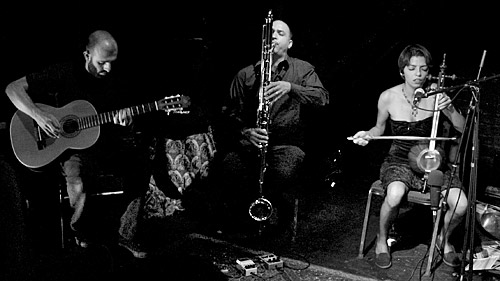 Before the concert finished — leaving the audience obviously wanting an encore — O’Dwyer told us it was his and our privilege to hear Gelareh Pour play music that she would not be permitted to play in Iran. During my brief stay in that country, before the retreat of the Shah, Mohammad Reza Pahlavi, in 1979, poets, musicians and artists were a vital voice against tyranny and injustice. It is sad that a musician is not free to perform her work there now. 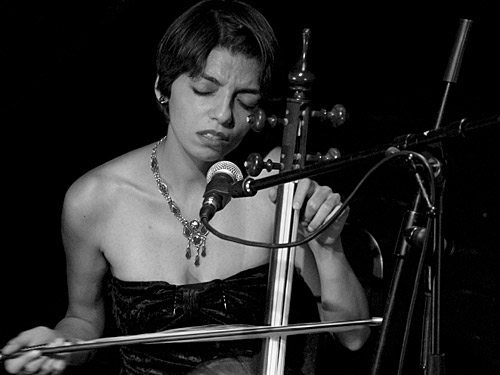 The fact that we can hear her play does not redress that wrong, but it is a beautiful thing that we have a chance to hear Gelareh Pour show such skill on strings and with vocals, improvising so imaginatively with Melbourne musicians.

We look forward to the launch of Tanin-e Melbourne.