SNEAKING OUT AFTER MIDNIGHT — MARK LOCKETT 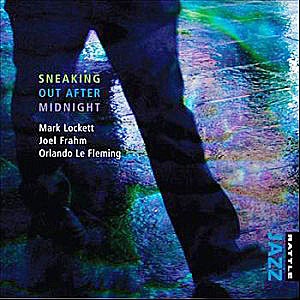 Despite time as a student of flamboyant NYC drummer Ari Hoenig, Lockett does not push his work to the fore. This album showcases all members of the trio in lively and polished renditions of pieces that are at times complex, but never too heavy.

Lockett displays a deft, but restrained command of the kit, giving Frahm and Le Fleming plenty of space.

Compared with Now and Then, Lockett’s 2008 tribute to Ornette Coleman, this album may offer less intensity, but it delivers finesse in a well-balanced outing that also confirms the drummer’s credentials as composer.

During December 2012 Lockett will embark on a national tour to release Sneaking Out After Midnight, with concerts featuring Julien Wilson on sax and Alex Boneham on bass. In Sydney Jonathan Zwartz will be a special guest on bass, while in Perth Jamie Oehlers will feature on sax.