This was a fantastic gig — one that will long sustain those who were there to hear it and cause those who missed out to wish they had managed to make it. Sylvan Coda live demonstrated the power of performers who are right there so close you can almost touch them and who create electricity so tangible you can almost feel the audience glowing.

I could not help recalling Carlos Saura’s film Flamenco, which has no story other than dance, yet is absolutely compelling from start to finish.

I also must own up to a conversion of sorts. The inventive choral work of Gian Slater with Invenio has not always grabbed me, if only because the wordless repetition — while exquisitely rendered — has seemed at times not to allow the singers to take the audience on enough of a journey. Clear exceptions to this are Slater’s 2010 APRA Commission work Gone Without Saying, and her late 2012 outing at Northcote Town Hall entitled Self/Echo and Clarion/Whisper, both of which were superb. But when Slater’s voice joined those of Emma Gilmartin and Jacq Gawler (Coco’s Lunch) for Sylvan Coda, I became a convert. It was wordless and it was repetitive, but it worked so well in the context of Hale’s composition. Drama and intensity were complemented by vocal beauty.

The album is impressive. It is a powerful work. But I believe the addition of Gawler and Gilmartin, Danny Fischer on drums and, of course, the accomplished physicality of Johnny Tedesco’s flamenco in Solea por Bulerias gave so much feeling, life and energy to this performance of Sylvan Coda that the character of the work changed. The album has a sombre feel in parts, but the live outing added verve and focus. I found one duet by Gilmartin and Gian Slater entrancing.

The sustained applause that greeted the ensemble at the evening’s end spoke volumes. This was a coda to remember.

Which Way Music has released the album Sylvan Coda.

POIGNANT TRIBUTE TO A DEAR FRIEND 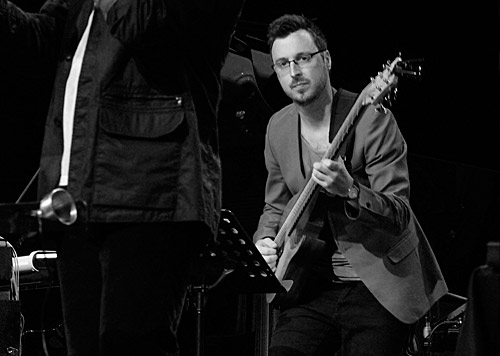 Acoustic bass guitarist Christopher Hale, who won the Freedman Jazz Fellowship in 2012, performs for the MJC tonight with his award-winning project, Sylvan Coda.

This ensemble has also released a self-titled album, which is Hale’s first project since the untimely death of his colleague, pianist Will Poskitt in late 2008. 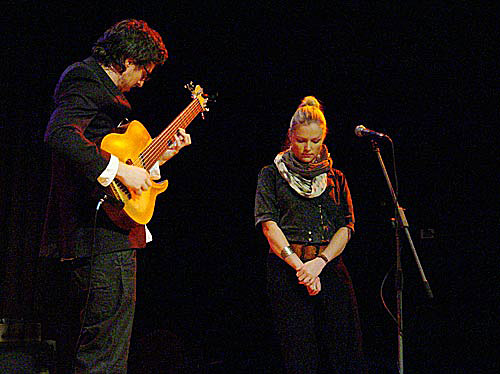 The following biographical material on William Poskitt was published before a tribute concert at the Kitten Club in Little Collins Street, Melbourne a year after his death:

“William Poskitt was born in York, England, and began playing at four years of age. After being accepted into the Victorian College of the Arts Melbourne for both repertoire and improvisation course auditions, he undertook the improvisation course which he completed with honours in 2000.

“While a student at the VCA he received a host of awards for his academic and performance skills, including the Memorial Mensa Award, giving him an honorary place in Mensa.   Poskitt completed his Masters in 2005 and became a member of the sessional teaching staff in 2008.

“He passed away on 8 November 2008 at the age of 31. Working alongside some of Australia’s leading artists, his contribution to the music industry has left a lasting impression. Although his passing was a sudden shock, his gift to the world was his music and his music will live forever.”

Which Way Music, which has released the album Sylvan Coda, provided the following background:

An unconventional, freethinking proponent of the acoustic bass guitar, Christopher Hale is “a remarkably talented and versatile young bassist [and] an enormously gifted composer and arranger” (The Age). After a long creative hiatus following the passing of his closest friend and musical collaborator, Will Poskitt, Hale returns with a new album, a powerful and poignant love letter to his dear friend.

Sylvan Coda reaches deep into Hale’s formative years of immersion in Flamenco and Afro-Cuban music, and emerges as an album of poise and originality.

The blood that flows through Sylvan Coda, Christopher Hale’s long awaited new album, is saturated with memories. For over 10 years, Hale led the celebrated Christopher Hale Ensemble with two long-time friends and colleagues: cellist Will Martina and the remarkable pianist Will Poskitt. Over three albums and numerous international tours, the Ensemble created a unique brand of improvising chamber music, which introduced the young musicians to the international stage and earned them a reputation as ‘one of Australia’s hottest groups’ (Musica Viva) for their ‘intimate, intricate and finely balanced music . . . which demonstrates how successfully this group blurs the line between chamber music and jazz’ (All About Jazz New York).

Australian Jazz.net preview of the CD release in August 2012

Broadway Music World preview to the launch of Sylvan Coda. 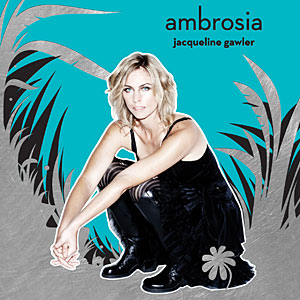 Known for her singer/songwriter work with Coco’s Lunch, as well as other collaborations in The Jacqueline Gawler Band, Stoneflower and Picturebox Orchestra, Gawler goes it alone here in an album of mostly her own compositions.

Not straying too far from her usual fare of pop infused with jazz and world music influences — in particular from West Africa and Brazil — Gawler nevertheless comes up with some inventive and agile approaches to her songs, as well as captivating lyrics.

The most intriguing composition is the rapid-fire Varkala, sung so quickly it is almost mandatory to have the lyrics handy at first listening. The deft pacing as Gawler takes us through “ocean blue clean sheet sand feet blue sky blue eyes voice floats men gloat fishing boat bloated goat …” is full of playful energy and the expressive words conjure split-second images that stay in the mind.

This song, as well as the rhythmically strong and vocally adventurous Sahara nights, demonstrate Gawler’s talent as a song writer of intelligence, with sense of poetry and a love of language. Another lyrically appealing composition is When passengers write poetry and flight attendants sing, in which the band cranks up a little.

Guests include Eugene Ball on trumpet, Ben Gillespie on trombone and voice, Anthony Schultz on piano accordion, Simone Lang on cajon and Tamara Murphy on bass — it’s a veritable party.

Perhaps some tracks are over orchestrated and a little fussier than they need be (that may be the pop influence), which makes the Chris Cornell composition Black Hole Sun especially appealing because its simplicity stands out.

It would be nice to hear Gawler dig a little deeper vocally at times and let her voice shine through with less accompaniment, but this album has a light but intrepid feel that recalls Megan Washington in her pre-pop incarnation.