Some time this year, after the Melbourne International Jazz Festival is over and after what is sure to be one hell of a party, Melbourne will lose the venue which has been at the heart of improvised music in the city for many years. Who knows what will spring up in the way of alternatives to the iconic Bennetts Lane, but as jazz in this city moves on, Ausjazz has asked the people who worked there to reflect on their involvement with this most welcoming of live music venues. 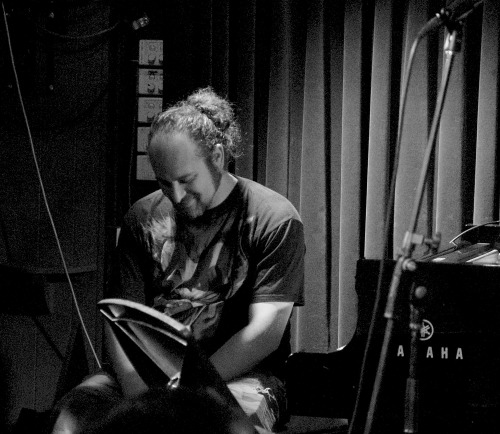 Jeremy in a moment of quiet reflection on stage at Bennetts Lane.