WHO’S THE SPECIAL GUEST, THEN?

John McAll at the piano in Black Money, with Phillip Rex on bass.

Two gigs tonight will feature special guests. John McAll’s keeping the details close to his chest, but that’s to be expected because he does like a little intrigue. The Melbourne Jazz Co-operative brings us Black Money, and the band is sure to play Assassin from this McAll’s second album, Alter Ego. Sink back and imagine a plot or conspiracy being devised deep in an Arab bazaar. Cue Julien Wilson. As for the special guest, you are likely to have heard him (oops) and you will love his contribution. It’s not Prince, BTW. 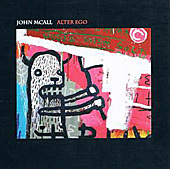 Pianist John McAll’s first album as bandleader and composer was the eponymous Black Money, recorded in New York in 2007. It was a great success. More originals followed on his recent release Alter Ego. The band appeared at this year’s Stonnington Jazz Festival in May in a double bill with John’s brother Barney. That was a definite festival highlight. 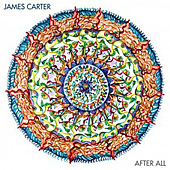 If you decide to hear James Carter, make sure to stay to hear his moving Tenho saudades tuas (in Portuguese ‘I miss you’). The album After All, released on the Newmarket label, includes nine of Carter’s compositions.

This entry was posted in GIGS and tagged After All, Alter Ego, Bennetts Lane, Black Money, James Carter, Newmarket. Bookmark the permalink.

One response to “WHO’S THE SPECIAL GUEST, THEN?”