QUITE A PROPER A WAY TO START A FESTIVAL 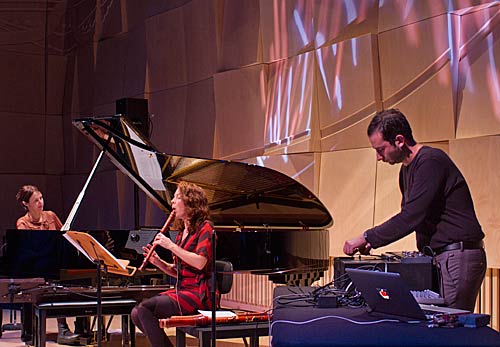 The Salon has an air of refinement or gentility about it, even when hosting musicians willing to push the boundaries a little. It seems quite a proper space, in which patrons sit quietly without much chatter, possibly absorbing the beautiful feel of the room. As Andrea Keller, Genevieve Lacey and Joe Talia filed in to present material from their album Three Lanes, the Melbourne International Jazz Festival opened with grace and dignity. 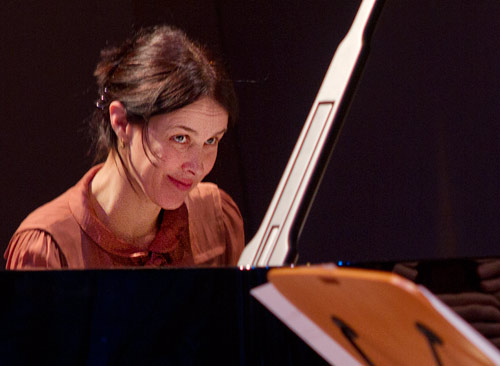 The trio played six pieces from the album before Keller took time to explain how the project grew from the gathering of the musicians and a wish to explore their talents, including Talia’s skill with anything electronic. As she said, the music is varied in its approach and “in the concepts behind it”. The brief Little Sweet Pea is a merry dance, whereas Between Six and Six employs simple patterns and pauses to build tension, topped with a squirt or two of attractive static.

In Nine Variations, Lacey delivered fine vibrato and Talia dragged on his thin recording tape to create surges and seemed to sample then play back Keller’s piano as if it was woozy or slightly drunk, and even discordant. Dial-twiddling sounds  Talia managed in Little Perisher, again produced by dragging the tape (I kept worrying it would break) worked surprisingly well with Lacey’s recorders. 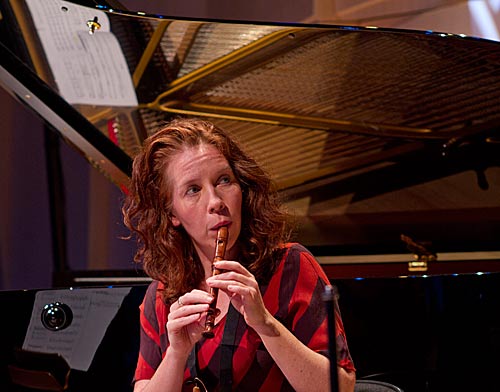 Probably the most effective combination of tape, electronics and the other instruments came in On A Hill, which Keller explained was a “slightly composed” piece inspired by a workshop in which improvisation was compared to a cow bell ringing as a cow eats grass, in that there was no thinking involved and there were just responses or reactions occurring in the moment. It was an intriguing piece, with Talia creating busy sounds that did not prevent a peaceful feel from the slow piano and recorder. 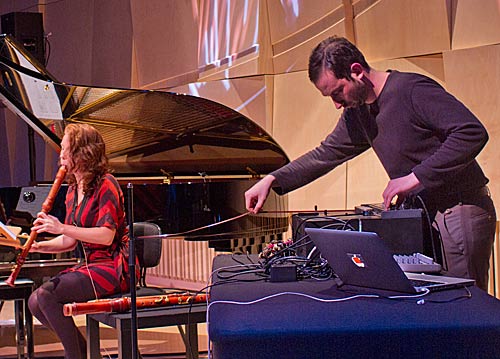 During the playing of extra Collage pieces and Sweet Pea II, I felt that Talia was producing something like electronic versions of “prepared” piano and recorders, with sampled bits of Keller and Lacey’s playing reworked on the fly, but in a way similar to what Erik Griswold, for instance, does with a piano he prepares.

The evening finished, ironically, with an engrossing piece entitled Stay.

I’m not sure what the audience made of this combination, but I think it worked well. Throughout it was evident that Keller and Lacey were attentive to developments emerging as Talia worked his magic. And Keller’s presence on piano was often compelling.