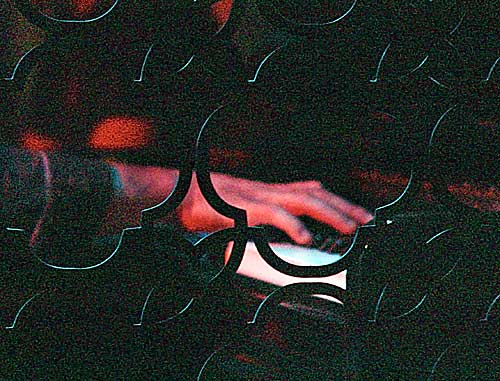 “One of my least favourite sounds in music is this pristine, polished, perfect sound. I just don’t understand it a lot of the time. I like the dirt. I think both recordings really [Ordinary Madness and Sarcophile, with bassist Sam Pankhurst and drummer James McLean] have a lot of dirt in there. You can hear people nutting things out as they go and that’s exciting.”

In the following “podcast”, Hannaford tells Ausjazz blog about the two new albums and why he has decided to release them digitally rather than on CD:

(If this audio file does not load — it is reasonably large — you may have listen to the interview online via a computer with a broadband connection.)

John McBeath has reviewed the albums in The Australian:

Reviews by Roger Mitchell will be posted on Ausjazz.net soon.