EVERY FACE TELLS A STORY

I had not heard The Drunken Boat performed live, so it was great to hear this work “in the flesh”, played by an ensemble including the composers Geoff Hughes, Eugene Ball and Stella Browne. Scott McConnachie was on saxophone, but otherwise the line-up was as on the album released by Jazzhead.

Ball on trumpet and McConnachie were almost always hidden in the half light mid-stage, so as I listened to the varied moods of these fairly short pieces my focus was on the faces of the illuminated players — Nick Haywood on bass, Hughes on guitar, Stella Browne on vocals in the closing song and Allan Browne on drum kit.

Allan Browne was in fine form and said at set’s end that he did not have to make use of his “friend” the oxygen tank. I love watching Allan as he plays, the emotions written on his face like the poetry he loves and writes. His moments of exultation are unrestrained, his concentration there for all to see. The images below reflect this.

This concert was a compelling showcase of the composing talents of Hughes and Ball. Stella Browne’s vocals with Rimbaud’s words were indeed poetry. 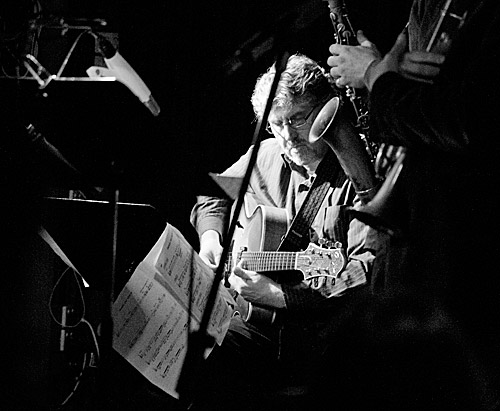 A glimpse of Geoff Hughes. 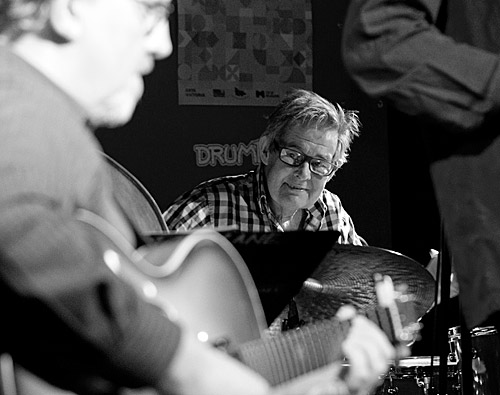 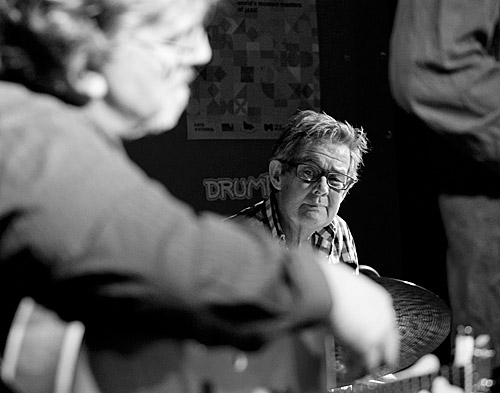 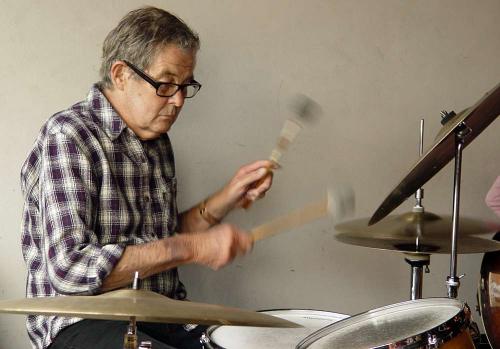 BENNETTS LANE 7pm: Allan Browne Quintet performs The Drunken Boat, a suite exploring Rimbaud’s poem about a vessel lost at sea. Don’t miss the chance to hear this performed live and hear Eugene Ball on trumpet with a great band.