Tag Archives: The Blues of Joy 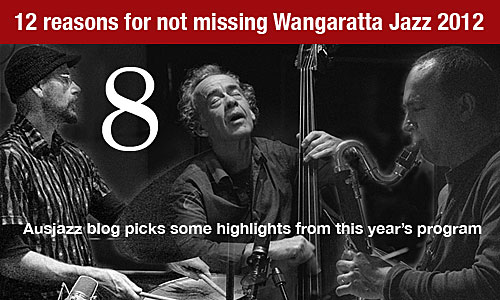 Media coverage of festivals often gives emphasis to overseas drawcards, which is understandable given that these artists are not usually on the musical menu at Australian venues.

But festivals are also an excellent opportunity for patrons to discover how much our local musicians — many with extensive overseas experience — have to offer.

Saxophonist Adam Simmons’ trio Origami, with Howard Cairns on bass and Anthony Baker on drums, is another highlight that I’d highly recommend not be missed at this year’s Wangaratta Jazz and Blues Festival.

Last year this trio released a superb debut album The Blues of Joy. Recently the band was back in the studio, so there are more recordings on the way.

Inspired by the Japanese art of folding paper, this trio works from a simple beginning to create pieces of great complexity and beauty.

Simmons is quoted on the festival website as saying, “Whether it is the stripped back instrumentation or the musical compositions, the idea has been to focus on limited materials and expand from there.

“My original idea was to form a ‘fierce alto trio’, full of strength, bravado and power – but partly due to choosing the friendliest rhythm section in Melbourne, as well as composing a whole bunch of gentle tunes, the reality became something quite different. It is still strong, due to the individual voices of each musician and their vast experience, but it is a gentle strength, without having anything to prove.

“At Wangaratta, we will perform original music from the CD, The Blues of Joy. And there will be music from a forthcoming CD, which will feature the songs by well-known (and not so well-known) contemporary artists such as Nick Cave, Gotye, Colin Hay and others.”

ORIGAMI — THE BLUES OF JOY 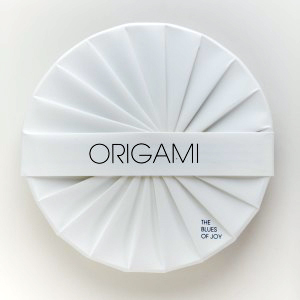 The hand-folded CD case is ingenious, but as the music unfolds it is clear this trio is thinking outside the box.

For this outing of mostly his originals, Adam Simmons uncharacteristically limits himself to alto sax, taking obvious delight in its versatility.

Howard Cairns, on bowed as well as plucked bass, and Anthony Baker on drums are equally moved to celebrate their instruments’ timbre and dynamics.

Don’t be lulled by the dreamy, slow openers, or the title track’s playful verve.

The grit comes in darkly tense Chimera, with growling bowed bass and protesting sax, and the restless, edgy Morse Code.

Jitters is carefree before a minor maelstrom, Chasing Cars revels in unhurried spaces.

This review also appeared in the Play liftout of Melbourne’s Sunday Herald Sun on October 16, 2011.