The 21st MIJF, which over 10 days in almost 100 events will feature almost 400 Australian, international and emerging artists, is only a day away.

Already many concerts — An Evening with Branford Marsalis and Sun Ra Arkestra at Melbourne Recital Centre, and the 7pm outing by Nubya Garcia at The Jazzlab — are sold out. A second outing for the Arkestra at The Night Cat has been added on 7 June.

Not such good news is that six club sessions scheduled for the Southside Jazz Room have been cancelled because construction work at the venue will not be completed in time. So patrons will miss the opportunity to hear Bopstretch, Fem Belling Quartet, Sam Keevers Trio featuring Michelle Nicole, Bob Sedergreen and Friends, Paul Williamson Quartet and Jamie Oehlers Quartet plays the music of John Coltrane. That’s a great pity.

As mentioned in an earlier post, there will be 25 venues across the city, from Hamer Hall to small clubs, as well as cafes in Melbourne’s west.

Clearly the festival programming has tackled the difficult task of broadening the appeal of the music on offer with a view to attracting younger fans. I say this is difficult because many potential patrons who may well love the styles of music on offer can be turned off by the festival’s “jazz” tag.

One way that MIJF Artistic Director, Michael Tortoni, and his programmers have tackled this is to utilise venues such as 170 Russell, known to many as Billboard, which offers standing-room-only space that could not be seen as fitting an image — albeit often wildly inaccurate — of staid music. 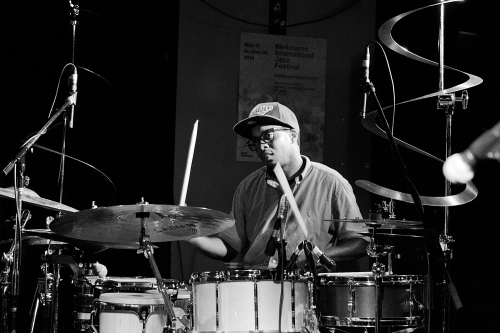 And on Friday 8 June, 170 Russell will host Chris Dave and The Drumhedz. Back in 2014 at MIJF Chris Dave on augmented drum kit was an unexpected, but clear highlight for me at Bennetts Lane with Isaiah Sharkey on guitar, Nick McNack on bass and Marcus Strickland on tenor and soprano sax. Their set held my interest from the word go and a lot of the appeal came from the watchfulness and interaction in this band. Dave’s line-up this time will be revealed on the night.

Continuing MIJF artistic director Michael Tortoni’s effort to “showcase some of the future directions of this vital and ever-evolving art form” in a much smaller yet much more inviting venue, The Jazzlab hosts UK saxophonist and composer Nubya Garcia, described by Rolling Stone as “one jazz musician poised to break out in 2018”. Garcia cites musical influences from American jazz, blues, soul and roots to contemporary pop. She celebrates women in contemporary jazz, playing in an all-female septet Nérila. Tickets may still be available for her second concert at 9.30pm on Thursday 7 June.

The Jazzlab is also bound to attract new faces among patrons keen to hear The Cat Empire’s trumpet-playing vocalist Harry James Angus who, in Struggle With Glory, will endeavour to transport classic Greco-Roman myths into a surreal world of old-time jazz and gospel music. Angus will be joined by Ben Gillespie trombone, Monique Di Mattina piano, Freyja Hooper drums, Tamara Murphy bass and Lachlan Mitchell guitar, along with a gospel choir. There are still tickets available for the 9.30pm concert on Tuesday 5 June.

And fans of Spiderbait will be drawn to Melbourne Recital Centre on Saturday 9 June to hear Kram on drums join pianist/composer Paul Grabowsky AO and multi-instrumentalist James Morrison reprise their audience-wowing outing as The Others at the 2017 Wangaratta Festival of Jazz and Blues. Expect fireworks and much joy from the participants.

A further bid to broaden interest will be Jazz Massive, a participatory mass-music-making event on Sunday 3 June at 11am, situated on the lawns of State Library Victoria. Musicians of all calibres are invited to bring along their instruments and join a massive jam session. But beforehand those wanting to be involved can follow helpful videos by Tamil Rogeon.

For the much younger music fans, and their significant adults, Lah-Lah’s Big Jazz Adventure at Melbourne Recital Centre on Saturday 2 June will feature singer Lah-Lah and her friends Mister Saxophone, Squeezy Squeezy on accordion, Tom Tom on drums, Buzz the Bandleader and Lola the Dancing Double Bass, as seen on ABC Kids. Children under 2 are free.

For the hard core of fans familiar with jazz, the concerts with most appeal this year will include the retrospective Novela (Wednesday 6 June, The Jazzlab) featuring US saxophonist Tony Malaby with Canadian pianist/arranger Kris Davis and the Monash Art Ensemble under the direction of Paul Grabowsky. I’m looking forward to that, along with the outing on Monday 4 June at The Jazzlab bringing Malaby together with Davis and the extraordinary Sydney drummer Simon Barker for “fearless improvisation”. Bring it on.

And on the opening night of the festival, a highlight is sure to be The Gravity Project (The Jazzlab) in which Grabowsky on piano and Rob Burke on saxophone join shakuhachi master Masaki Nakamura, koto virtuoso Kuniko Obina and Tokyo-based Aaron Choulai on laptop and electronics in a world premiere cross-cultural exchange with Tokyo Jazz Festival. The ensemble also features Niran Dasika on trumpet, Marty Holoubek on bass and James McLean on drums.

The adventurous are sure to seek out two concerts at The Substation in Newport (Friday 8 June, Saturday 9 June) featuring Norwegian master of the 12-string guitar, Kim Myhr, whose long form drones, slow melodic arcs and moments of psychedelic intensity draw on rock music, minimalism and jazz.

The first outing, Three Solos, will feature Myhr on guitar, well known member of The Necks, Tony Buck on drums and guitar and Australian Art Orchestra Artistic Director Peter Knight in the premiere of a new work for processed trumpet. The following night Myhr joins the AAO in a performance of a world premiere of a work created for the 10-piece orchestra, featuring two violinists, two drummers, bass, hammered dulcimer, electronics, bass clarinet, Revox reel-to-reel tape machine. Buck and Knight will be on stage along with bass clarinet virtuoso Aviva Endean and incendiary violinist Erkki Veltheim.

Experimentation will continue back at The Jazzlab when pianist/composer Brenton Foster presents Love, As We Know It, his PBS Young Elder of Jazz commission in collaboration with with US poet Christopher Pointdexter. Foster (vocals, piano) will be joined by Gideon Brazil (sax, flute, clarinet), Stephen Magnusson (guitar), Tamara Murphy (bass) and Aaron McCullough (drums).

In Melbourne Recital Centre on Saturday 2 June fans of jazz vocalists can enjoy Gretchen Parlato (US) with Marcel Camargo on guitar, Artyom Manukian on cello and Leo Costa on percussion. Expect undertones of African and Brazilian beats. The superb Sam Anning Sextet will open.

And on the final night, Hamer Hall will host French-American singer Madeleine Peyroux interpreting jazz standards, with an opening set that’s sure to entrance by the Angela Davis Quartet. 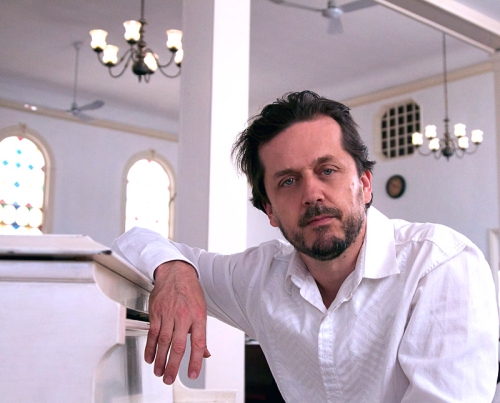 Melbourne-based Barney McAll will premiere two works: Trilogy of Cycles at Birrarung Marr’s Federation Bells and Sweet Sweet Spirit featuring music by the great gospel composer Doris Akers at Darebin Arts and Entertainment Centre. Both of these are sure to be outstanding.

Jazz Out West returns with local DJ, radio broadcaster and music personality Mz Rizk as guest programmer, focusing on experiences not usually found in a jazz festival, including a cross-genre tribute to high priestess of soul, Nina Simone, and emerging crossover artists Thando, Cool Out Sun, KillaHertz and Kalala & The Round Midnights. All concerts are free.

Free events will also include the return of Sound Walks throughout the city, lunchtime concerts at St James and the long-running artist workshops and Close Encounters series, which has expanded to include career development workshops led by industry experts and practitioners including Chelsea Wilson (Brunswick Music Festival), Fem Belling (The Public Opinion Afro Orchestra), and Marcus Strickland (Christian McBride’s New Jawn / Twi-life).

There’s plenty more music on offer, so check out the full program details  at the MIJF website.