OUR BEST BIDS TO HELP BERNIE 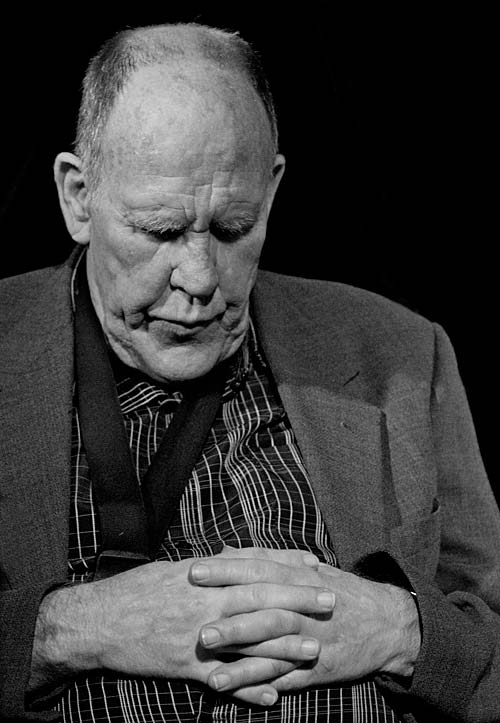 This post is intended to help pass on details already being publicised by the Melbourne Jazz Co-operative, about a benefit concert for revered saxophonist Bernie McGann, who is recovering from illness in Sydney and needs our support. The gig is being held at Bennetts Lane Jazz Club on September 1 in conjunction with a silent auction. The word is that a similar benefit concert in Sydney recently raised about $11,000, so Melbourne has a job ahead if we are to hold out heads high.

BIDDING FOR THE SILENT AUCTION IS NOW LIVE

Bidding is now open for Prizes donated for the Silent Auction in the Bernie McGann Benefit.

Bidding in the silent auction being held in conunction with the Bernie McGann Benefit Concert in Melbourne is now open. To make an online bid, send an email to the MJC at melbournejazzcooperative@gmail.com with the subject “McGann Silent Auction” and your full name, the item number and your bid in the body of the email. Live bids can also be made at the event on Sunday night until 9:30pm. Winners will be notified at the close of the event (if at the venue) and via email on the evening of September 2nd.

The value of this Golden Pass is worth over $1,000 in tickets and services.
The shows chosen in the above pass will be up to the discretion of MIJF

ITEM 3:
Gold Pass for this year’s Wangaratta Festival of Jazz & Blues (value $350)
The Gold Pass provides entry to all venues from Friday to Monday night PLUS: VIP seating at all WPAC shows, the Festival Launch Cocktail Party at the Gateway on Friday evening and the Cup Eve Concert on the Monday night.

Both Rufus Records (Bernie’s main label) and JazzHead will be selling stock on the night, with a good percentage of profits going to Bernie.

Copies of all 10 McGann albums on Rufus Records (including Ugly Beauty, McGann McGann, Bundeena, Live at Side On, Playground, Kindred Spirits, Wending, Double Dutch, Solar, Blues for Pablo Too) will be on sale at the special price of $20 each at the Benefit.

Additional copies of the Australian Jazz Real Book will also be sold for $100 each), as well as some other CDs and LPs by local artists.

Allan Browne (drums), Phil Rex (bass) and Phil Noy (alto sax) will open the concert by playing some of Bernie’s tunes (as will Julien Wilson and Boplicity).

KEEP THIS NIGHT CLEAR FOR BERNIE

This is one of my favourite pictures of Bernie McGann. I have plenty of others in which he is blowing up a storm, his brow covered in sweat, or gently transporting us with a ballad. But this picture shows Bernie seated, as is his habit, listening while other members of the band carry the piece forward. He is at ease, yet engrossed.

The picture was taken in June 2012 at a Bennetts Lane gig for the Melbourne International Jazz Festival. On the night, and in the review, I got carried away with what Bernie gave us, along with Marc Hannaford, Phillip Rex and Dave Beck.

This post is intended to help pass on details already being publicised by the Melbourne Jazz Co-operative, about a benefit concert being held at Bennetts Lane Jazz Club on September 1, so that the word gets out to as many people as possible. Bernie is recovering from illness and needs our support.

Allan Browne (drums), Phil Rex (bass) and Phil Noy (alto sax) will open the concert by playing some of Bernie’s tunes (as will Julien Wilson and Boplicity).

More prizes for the raffle and auction include a collection of five CD albums by Julian Wilson’s groups (Festa, Trio, Assumptions), and five copies of Stephen Magnusson’s Bell-winning Magnet LP.

Prizes donated for the Silent Raffle now include a Melbourne Jazz Festival’s Golden Pass (value $1,000), four copies of the Australian Jazz Real Book donated by editor Dr Tim Nikolsky (value $100 each), and a JazzHead CD pack (in addition to the Wangaratta Festival of Jazz & Blues, which is donating a Gold Pass for this year’s festival to both benefit concerts in Melbourne and Sydney : value $350 each).

Both Rufus Records (Bernie’s main label) and JazzHead will be selling stock on the night, with a good percentage of profits going to Bernie.
We also hope to have some copies of the hard-to-find 1997 book Bernie McGann A life in Jazz by poet Geoff Page, as well as some photographs by Bruce Hart (who now resides in Canada).

Tax-deductible donations can be made via S.I.M.A. (just ask for details).