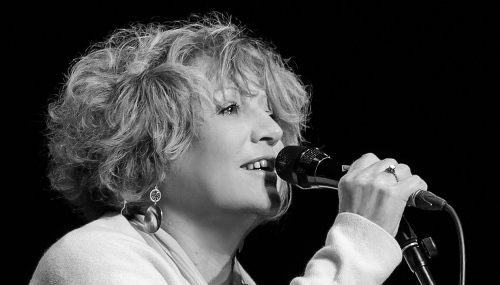 Australian-American jazz vocalist Chris McNulty is giving two back-to-back performances in Melbourne next month before embarking on a world tour.

McNulty premiered her singing with the trio to great acclaim earlier this year at the Mansfield Art gallery now run by Miriam Zolin of extempore fame.

McNulty has often performed at international festivals. Her next tour will take her back to Europe, Russia and America. The American magazine Jazz Times has described her vocalising as “fearless” and her composing as “peerless”’. Britain’s Jazz Wise magazine said she possessed “a voice of serene beauty, striking veracity and compelling emotional fervency”.

She has continued her work as a teacher and is about to launch her groundbreaking book Vocalist As Complete Musician, in which she expounds a method (utilising tetra chords) for singers to expand their knowledge of jazz harmony and provides them with tools for improvising while improving sight reading and composing skills. The book will be launched internationally and available through Amazon, McNulty’s webpage, and digital platforms from August 30.

Information above taken from material provided by Andra Jackson.

“McNulty applies poignant jazz chops to the vocal, while accomplishing the impossible, the expression of her story through song….making listeners rethink the meaning of why we love jazz..”— 5 Stars,  All About Jazz (USA) , July 2015

“Chris McNulty wowed an audience full of rapt jazz lovers at Mansfield Art Gallery who were thrilled by the sounds of world-class jazz delivered by one of the best voices in the business. A well deserved standing ovation finished the night and every heart in the room was filled by the experience.
A highlight for music lovers in Mansfield.”  —   Miriam Zolin, Mansfield Art Gallery, April 2017