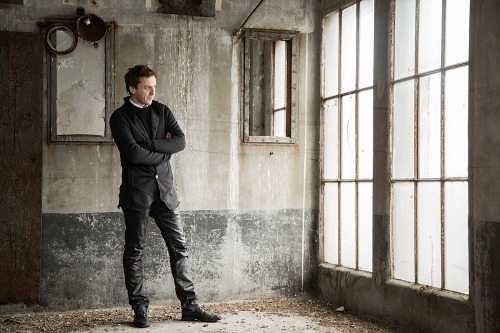 Pascal Schumacher from Luxembourg will collaborate with BFK to present a new suite at The Toff for MIJF. (Image: Ilan Weiss)

It’s always exciting to delve into the detail of a jazz festival program, looking in this case for the delights rather than the devil.

A couple of observations first on the venues. There’s no Bennetts Lane Jazz Club, of course (probably demolished by now) and no replacement venue in the city to carry on that name, or part thereof, which had been expected to open — that David Marriner project is still some time away, with Megan Evans at the helm.

There’s also no gigs at Malthouse Theatre, which is a pity. That was a great venue close to the city centre with a space for convivial company and drinks between concerts — usually double bills.

The good news is that The Toff in Town at 252 Swanston Street will host some gigs and the Lido Jazz Room at 675 Glenferrie Rd, Hawthorn has eight club sessions ideal for patrons out that way.

And even better news is that MIJF artistic director Michael Tortoni has adroitly managed to open his slightly larger version of the acoustically esteemed small room at Bennetts Lane, The Jazzlab, at 27 Leslie St, Brunswick — just in time for the festival. It looks good, sounds great and sports some familiar fixtures from Bennetts Lane — chairs, tables, stools … and, yes, much-loved host Jeremy Jankie!

Hamer Hall at Arts Centre Melbourne and Melbourne Recital Centre will also feature, of course, and Jazz Out West continues to offer free concerts at a wider variety of venues in Melbourne’s western suburbs. Club sessions will also be held at Uptown Jazz Cafe and Dizzy’s Jazz Club.

Most patrons don’t rush from one concert to another in one night, but the spread of venues this year will make such mid-evening attempts to get around any overlaps between concerts that bit more difficult.

The idea of this annual preview is to act as a guide to go with the program for those considering trying a few festival gigs. Most hard core fans of jazz will have made their choices already.

For a change, rather than beginning with the big name international artists, I’d like to mention up front the excellent musical fare on offer at Sonny Rehe‘s Uptown Jazz Cafe.  There will be 12 gigs at this welcoming upstairs hideaway, each certain to provide many original compositions delivered by quality ensembles who often play to much smaller audiences than they deserve. 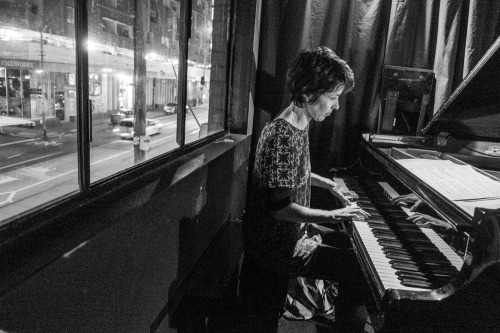 It’s impossible to mention all the bands or musicians, but find time if you can to hear Andrea Keller‘s three-set Clash of the Transients (June 6), Scott Tinkler‘s anything but standard Standards Quartet (June 2), Sydney’s Carl Morgan on guitar (June 8), internationally renowned saxophonist Dale Barlow (June 9, twice), the exquisite Julien Wilson on tenor (June 10) and Dave Beck on drums in three gigs, one with Stephen Magnusson on guitar, another with Sam Keevers on piano.

I’ve left plenty of names out, but you get the picture. The Kavita Shah Quartet on June 5 did not make the printed program, but more of that concert in a later post.

At Dizzy’s Jazz Club there’ll be six concerts. I must mention Unspoken Rule, “a swingin’ new project reflecting the ups and downs of romantic love” featuring Jennifer Salisbury on vocals, because otherwise James Mustafa (trumpet and arrangements) would not let me hear the end of it. That also has Hiroki Hoshino on bass and is on June 10.

Now to mention the big guns, so to speak. That often means big venues, which I don’t think are ideal for many ensembles, preferring as I do to get up close and personal. A trombone slide inches from the face ensures total immersion in the music, I find.

Grammy award winning US singer Patti Austin will join Australia’s best known trumpeter James Morrison at Hamer Hall over two nights (June 2 and 3) to celebrate the collaboration between Ella Fitzgerald and Louis Armstrong, assisted by the Melbourne Symphony Orchestra. Go for it if that’s your cup of tea. 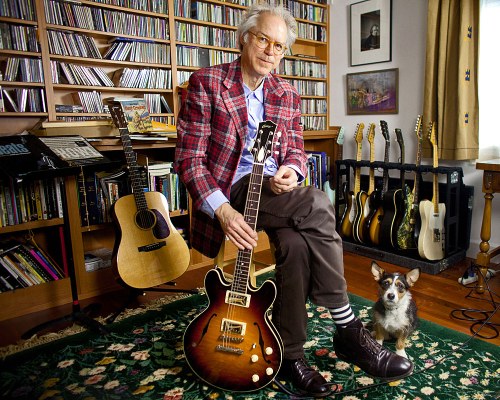 Revered US guitarist Bill Frisell is back in town for two concerts. At the MRC on June 2 he’ll join vocalist Petra Haden (daughter of wonderful bassist the late Charlie Haden) in When You Wish Upon a Star, interpreting American cinema music. Unfortunately violist and composer Eyvind Kang won’t join the quartet on this occasion. Be prepared for fairly sweet, slow and gentle treatments.

A better opportunity to enjoy the mastery of Frisell may come on June 4 at The Jazzlab in his trio with Thomas Morgan (Tomasz Stanko) on bass and Rudy Royston (Mingus Big Band) on drums. And fans of Bill Frisell will not want to miss hearing him introduce the Australian premiere of Emma Franz‘s documentary film Bill Frisell, A Portrait, screened at ACMI on June 4 at 2pm.

Carla Bley is one of the artists I most want to hear at this year’s MIJF. The US composer and pianist will play in her “chamber trio” with Steve Swallow (electric bass) and Andy Sheppard (sax) at MRC on June 8. So many will want to hear Bley that a large venue is necessary, but for a more intimate experience this trio will also join members of Monash Art Ensemble at The Jazzlab (June 7) to play music from the 2008 live album Appearing Nightly, drawn from and interpreting swing era standards. Listen for subtle references to these fifties tunes if you know them. (I’m willing to bet that I’ll miss most of these.)

To digress for a moment, there is an unfortunate irony in the clash between the Jazzlab performance by Bley — surely one of the most formidable of female artists — and the 6pm panel discussion at The White House (not Donald’s) in St Kilda entitled “Addressing the under representation of women in jazz”.  Speakers are Professor Cat Hope from Monash University, bassist Tamara Murphy, pianist Satoko Fujii and vocalist/festival director Chelsea Wilson. This is an important topic. Let’s hope some useful strategies emerge. 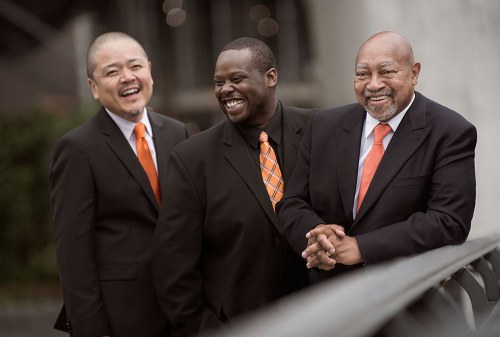 Returning to gigs in larger venues, Kenny Barron Trio will perform at MRC on June 3. Barron has been described by presenter of Dizzy Atmosphere on PBS Gerry Koster — whose opinion I value highly — as “one of my favourite pianists of that generation”. With him will be Kiyoshi Kitagawa on bass and Johnathan Blake on drums. Their set from the most recent album Book of Intuition should be well worth hearing.

Crowds will no doubt gather at Hamer Hall on the festival’s closing night June 11) to hear the much acclaimed and awarded Dianne Reeves in a quintet, returning to bring Melbourne her soulful vocals and a range of musical styles.

And the previous night fans of Brazilian composer, singer and songwriter Antonio Carlos Jobim will be in for a treat at MRC as musical director and guitarist extraordinaire Doug de Vries leads an all-Australian orchestra with vocalist Vince Jones in a tribute entitled From Ipanema to the World. I expect this to be as much of a success as 2016’s Van Morrison’s Masterpieces, also featuring Jones.

Also on June 10, the Melbourne Town Hall is the venue for Swing City, a night of music and dancing led by expatriate Australian “Professor” Adrian Cunningham, his “flaming” big band and Swing Patrol to show dancers all the right moves. 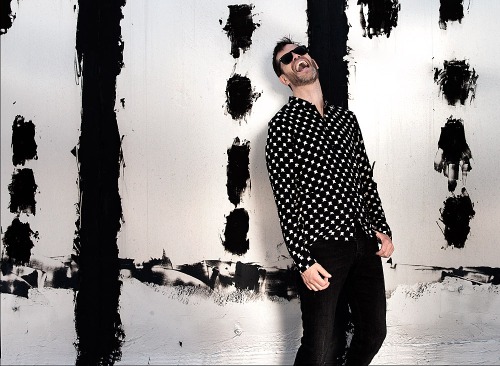 So, moving to smaller venues, things start getting pretty interesting. I’m keen to hear saxophonist Donny McCaslin in the group featured on David Bowie‘s final album, Blackstar. McCaslin is also a member of Maria Schneider’s Orchestra, so that raises expectations for me. At The Toff (June 2 & 3), Jason Lindner on keyboards, Jonathan Maron on bass and Zach Danziger on drums will join the dynamic McCaslin to present pieces from their latest project, Beyond Now. I don’t expect these gigs to be a calming experience.

Another on my must-hear list for this festival is Armenian pianist, soloist and songwriter Tigran Hamasyan (The Jazzlab, June 5 & 6), performing works from his solo and ninth album An Ancient Observer. That is closely followed — on the list and sequentially — by the world premiere of Kira Kira (The Jazzlab, June 8), in which Japanese pianist Satoko Fujii and Australia’s Alister Spence (Fender Rhodes, effects pedal) present a commissioned work exploring links between improvisation in Australian and Japanese music. This will be fascinating.

Out of Earshot (Image supplied)

While on concerts that offer a distinctly different perspective, I’m hoping to be at (rather than hear) one performance of Out of Earshot at Chunky Move for KAGE‘s exploration of non-verbal language and intense physical prowess via profoundly deaf dancer Anna Seymour and percussionist Myele Manzanza (for dates see the festival program).

And on June 10 at The Jazzlab, Hue Blanes will employ voice, piano and laptop to premiere his 2017 PBS Young Elder of Jazz Commission drawing on some of history’s most famous speeches. I have a dream that this will be inspiring.

Many of us are familiar with the BFG, courtesy of Roald Dahl. Well, BFK is an award-winning trio from Sydney comprising Kristin Berardi voice, Sean Foran piano and Rafael Karlen saxophone. Add Pascal Schumacher from Luxembourg on vibes and you have an opportunity to explore “new sonic territory” at The Toff on June 6. Bring it on, I say.

Club sessions at The Jazzlab not so far mentioned offer much of great interest. US saxophonist Greg Osby will join Tal Cohen‘s talented quintet on June 2; Poland’s NAK Trio will attempt “a trio of four instruments” featuring the forceful, expressive left and right hands of pianist Dominik Wania on June 9; the MaxMantis Clan from Switzerland promise to take us into “the infinite abyss” (without help from Donald Trump, apparently) later on June 9; Paul Grabowsky in a sextet will deliver the monumental and powerful Moons of Jupiter on June 10; and if you missed Andrea Keller’s Still Night: Music in Poetry at the MRC Salon then try to make it on June 11 at Jazzlab for a meditation on grief and loss that is deeply moving. Speedball will reunite to perform on closing night, June 11, for those of us not at Hamer Hall to hear Dianne Reeves. 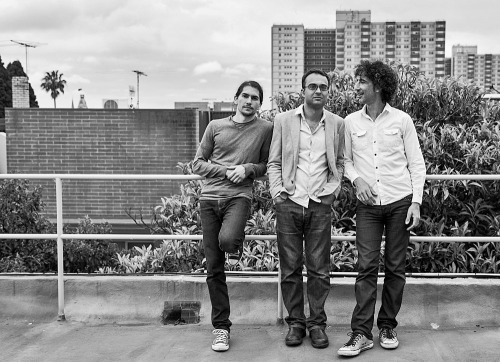 An alternative to NAK Trio on June 9 is definitely worth considering: Luke Howard Trio will perform pieces from their album The Electric Night Descends at Darebin Arts & Entertainment Centre. Chill out to this.

That’s a heap of music to consider. Consult the program for gigs I’ve missed mentioning. And there are also Close Encounters — conversations such as that between Carla Bley and Paul Grabowsky on June 4 — as well as artist workshops, a conference on Agency in Jazz and Improvisation (June 2 to 4), Sound Walks, Sound Portraits (go Mirko Guerrini!) and a panel discussion on the rise of English in popular music.

That’s the Melbourne International Jazz Festival 2017 as I see it. Now you can choose to hear it.