NAT BARTSCH BOWS OUT … FOR A WHILE

Farewell, for a while: Nat Bartsch Trio plays to a crowded house

I’ve been to four evening concerts of this festival at Bennetts Lane Jazz Club this week, each completely different. Each has been a delight.

On Tuesday the two rooms hosted markedly different bands and audiences. In the gig billed as Nat Bartsch Trio‘s final one for a while, pianist Bartsch joked that the way to pack a room was to hold a farewell concert and reckoned she knew almost everyone there, many of them who’d been at her 30th birthday celebration.

As anticipated, the atmosphere was warm and relaxed, the audience appreciative as Bartsch, Tom Lee on bass and Daniel Farrugia on drums treated us to originals and rearrangements, many from the eponymous 2008 album, Springs, for all the Winters (2010) and the most recent To Sail, To Sing, which was released in 2013. It can sound cliched to say that members of a jazz band show and share empathy and understanding, I suppose because that is a prerequisite to improvisation. But, along with the pleasure of hearing this often gentle and yet totally absorbing music — and a tinge of sadness that they are taking what may be a longish break from work as a trio — there was undeniably a comfortable feel between the three players. They showed perfect complementarity, I thought. 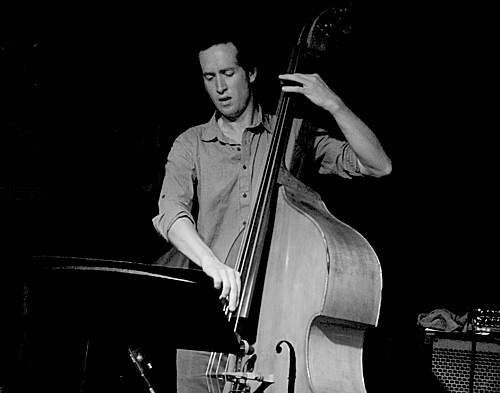 In A True Conundrum, Lee’s responses to Bartsch seemed to epitomise an aspect of jazz that I love — the ability to give hints or suggestions rather than spell something out, so that the listener can fill in the details.

Before the trio played the last three pieces, including their version of Radiohead’s Motion Picture Soundtrack as an encore we were told about ahead of time, Nat Bartsch showed considerable courage in talking about her struggle with depression and anxiety over more than four years, during which the trio toured overseas and in Australia. She spoke perceptively about the dichotomy performing artists face in their private and public worlds, adding that the stress of touring and playing contributed to ill health that was manifest at home rather than on stage.

Bartsch had to be convinced by the sustained applause that she should take up Martin Jackson’s offer of a Melbourne Jazz Co-operative gig to celebrate the trio’s return. As she said in closing, “we’ll be back in 2016, or 2060, or in a couple of months”. Let’s hope it is sooner rather than later. 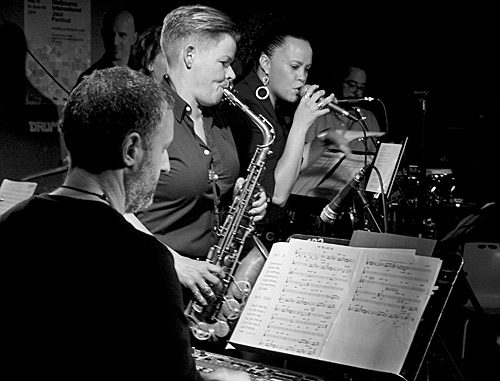 Next door, in the larger Bennetts Lane Lab, a much younger crowd was helping saxophonist Kellie Santin launch her CD Quintessence. When I slipped in for a five-minute listen, guest vocalist Carmen Hendricks was wowing the audience and there was no doubt about the vigour of this outing. These days I can’t help lamenting the demise next year of Bennetts Lane because there are so many talented young players needing venues in which to perform.