Sad news this morning of the passing of loved and respected saxophonist David Ades.

David had been seriously ill for some time, yet always seemed so full of vitality. It is hard to believe that he has gone, but as tributes flow in it is clear that David and his music will remain with us.

Our thoughts are with his family and many close friends.

These images speak for themselves. I have also added an excerpt below from the review of last year’s Wangaratta festival gig, David Ades & Friends, which will long remain in my memory.

Thank you David, for your music, your energy and your refusal to give in.

On fire: David Ades at Wangaratta Jazz and Blues Festival 2012 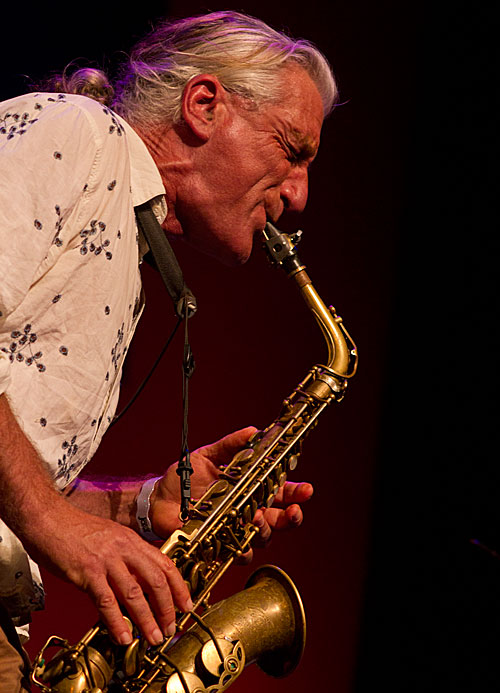 Alto saxophonist Ades has been seriously ill, but in WPAC Theatre on Saturday he was on fire, well assisted by Julien Wilson on tenor, Jonathan Zwartz on bass and former expat Danny Fischer (he’s back home) in great form. Joe the Kid, in honour of Ades’s dad, was ripping stuff, and Dreaming in Colour provided some great exchanges between Wilson and Ades. Marching Orders had some angst, delivered in a blistering fashion by Ades, and the closing piece had Wilson on bass clarinet before an all-you-could-ask-for solo by Ades. This was a top gig.

This entry was posted in ARTICLES and tagged David Ades, Wangaratta Jazz and Blues Festival. Bookmark the permalink.