I don’t know much about modular furniture, but I have a hunch it is fairly dull. You have a box-shaped couch seating three, you add a couple of modules and it seats five.

Forget Ikea. Tamara Murphy‘s suite Big Creatures & Little Creatures is not at all dull., but it is “modular” — the order in which its movements are played can be determined, or improvised, on the night.

A bonus of this approach is that the suite will be different each time it is played, though the main movements (big creatures) may be similar. This potential for variation is particularly enticing and encourages listeners to pay attention, especially if they have heard an earlier version. It sets in train a gentle form of suspense — what will this ensemble play next?

Big Creatures & Little Creatures, for which Murphy won PBS Young Elder of Jazz Commission, features two drummers  — Danny Farrugia and Joe Talia — in the line-up, along with Murphy on bass, Jordan Murray  on trombone and Nashua Lee on guitar. The work was premiered in June this year at the Melbourne International Jazz Festival and revisited at Wangaratta Jazz and Blues Festival 2012.

I found this performance even more enjoyable and sustaining than the MIJF premiere. Again, the music was immediately compelling, so that any plans I had to pay careful attention and record some thoughts were soon abandoned. I wanted to experience the immediacy, the in-the-moment nature of it, rather than trying to be a detached observer.

Yet I did reflect on the reasons for its appeal. This suite is engrossing due to its explorations of texture, the interplay, the level of detail, the attention of the musicians to their tasks, their focus and their responsiveness. Of course, these are not unusual features of improvised music.

Also, there are the combinations of instruments that come in and out of play as the music develops, swelling in volume and growing in intensity, then backing off. All sorts of sounds are appealing: the droning ‘bone against the patterns created by guitar and drums; the stronger, declarative trombone eventually jettisoned by drums as they exude the patter of tiny feet; the rasp of brass and the insistence of guitar; the hints and suggestions in a spare solo; the muted rustle of drum sticks on knees; the sound of one drummer’s hands clapping; the ‘slapping’ sound of Murray’s mute.

In scripted parts the band was tight, scintillating. Breakouts occurred, as if someone had left the gate open, but the escapes were short-lived. As if not sufficiently satisfying, they had to be repeated. But the instances of explosive release were cathartic. 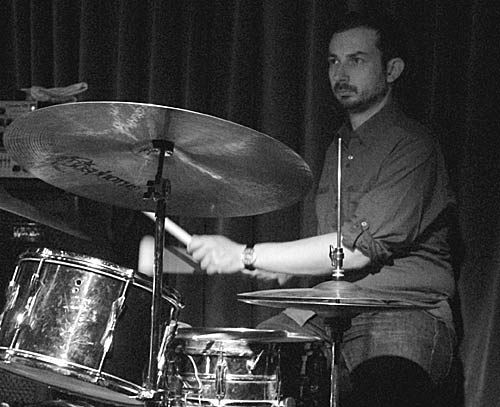 There was grace in a solo by Murphy, then solemnity in Lee’s guitar chords and simplicity in the patterns he sustained behind the bowed bass. Guitar and trombone acted as effective anchors as notes of an emerging melody floated free from the bow.

Quite a lot of the suite was slow, but for periods it gradually gathered momentum as the ‘bone and two drummers built intensity over the guitar’s musings.

Being at this live performance prompted me to reflect on the value of jazz as experienced this way rather than on a recording. Musicians are releasing their work via live streaming, digital downloads and on USB flash drives, as well as on vinyl. But can it ever match the immediacy and impact of listening in the moment?

Maybe not, but I have been playing Big Creatures & Little Creatures a lot, before and after this live rendition, and, though it is not quite the same as being there, it  does the trick. And there is always the option of doing the modular thing by selecting the tracks at random.

Certainly there is every reason to drive past Ikea and find your modular suite on CD or at a live music venue. 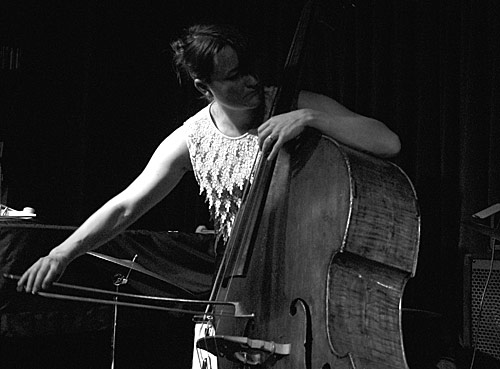 And to buy Big Creatures & Little Creatures (both the physical album and digitally) visit Bandcamp.

Jessica Nicholas reviewed this performance at Bennetts Lane for The Age.