Ausjazz blog interviews Tim Stevens before the launch of his new solo album, Life’s Undertow, at 8pm in South Melbourne Town Hall on Saturday, May 26. 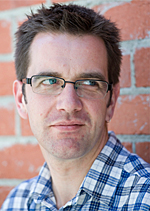 In music and in art, indeed in life, the act of creating is surely marvelous. It is a cause for great wonder, at least to the unschooled observer.

But what I find so awesome in a musical performance may not be so fascinating to the musicians, because they understand the process of creation so much better — including all the hours of hard work that prepares them to make that music in the moment. It is similar, I suppose, to the thrill and bafflement of an audience watching a magician perform, as opposed to the dialogue about techniques of magic that may occur between magicians backstage.

Improvisation is one key ingredient of excitement in music, but, like a magician’s trick, it is often well rehearsed — either the parameters are well known to the players beforehand or they know each other’s playing so well that their responses can find some ease in familiarity.

But what about “spontaneous improvisation”, in which the player does not prepare or plan at all, but just trusts that in the performance or the studio the creative process will happen and the result will work.

It seems a risky enterprise, but that is what pianist Tim Stevens has done with his second solo album, Life’s Undertow, which he will launch at 8pm tomorrow at South Melbourne town hall. Stevens cannot replicate the pieces on the album, which he recorded in one day in a Sydney studio in November last year, though he will play a version of the final piece, Synapse.

Stevens is loath to claim the album is all that original or daring, as composer Andrew Ford suggested recently in an Inside Story article.

“I don’t know that there’s a lot of that stuff happening here [in Australia]. The music that I make is just a mixture of the stuff that I know and like. It’s not that jazzy. I listen to a whole range of things and I don’t confine myself to a jazz tradition,” Stevens says.

Asked about how the album came about, he is practical. The APRA Professional Development Award he received last year included a day in a Sydney studio. Stevens had done one solo album and decided it was time for another. And, with no trio, he had only to get himself to Sydney.

The Tim Stevens Trio, with Ben Robertson on bass and Dave Beck on drum kit, had been doing a lot of spontaneous improvisation, so he decided to go in that direction with Undertow.

“I had no plans at all about the music other than I was going to improvise it on the day. So I spent the whole day in the studio and would play three or four improvised pieces and then I might play a tune or a standard just to break it up, or take my mind somewhere else, and then come back to improvising. Then I picked the pieces I thought worked best and put them on the record,” Stevens says.

It sounds so simple. Just pop into a studio and play, then pop out a record.

But Stevens concedes it makes him nervous now to think about what he will play on Saturday for the launch.

“I’ve no confidence of what I’m going to do [at the launch]. Some of the pieces on Undertow, you could say they’re just familiar chordal language or a structural thing, but it wasn’t as though I planned it beforehand. Say it’s a waltz or whatever, a waltz is a well known thing, but I just made up that waltz at that particular point.”

Stevens, who studied classical piano at school, says growing up in the church ensured he was familiar with improvisation in his childhood.

“I would know people were improvising in the course of a service and that was part of what they did.”

Stevens’ father was an Anglican priest at St. Peter’s, Eastern Hill, where John O’Donnell was organist in the mid 1970s.

“He’s an exceptional improviser and a phenomenal musician. I always knew that music was what I wanted to be doing and it fascinated me all along. So I would hear John play the hymns in a figure eight procession and, of course, if the hymn wasn’t long enough he had to improvise bits. And I remember hearing him do that and just being amazed,” Stevens says.

So, it seems I’m in tune with Stevens at the age of eight: amazed. But surely all spontaneous improvisations don’t succeed?

“Often I think it hasn’t and then I listen to it later and it’s better than I thought it was. I’m not all that good at telling what’s good while I’m actually doing it, but I try to follow the idea,” Stevens says.

“There is a piece on the album called First Things Fourth and that’s because it was the first one recorded on the session, but the fourth on the album. I feel that it was quite well organised, but I don’t know that I was aware of all those things while I was actually playing it. I was just following a particular little idea that I’d started with and trying to work it out different sorts of ways. It’s difficult to be sure as you go how good things are.”

Stevens says when he finished playing Synapse, the last piece on the album, he thought, “Oh, well, I tried, it’s not quite there. But when I heard it later I thought it hangs together rather well. There’s really good structural integrity to it.”

In The Line’s Tension, Stevens says he began by putting his left hand on notes at the deep end of the piano, “so that’s why there’s all that resonance, and part the way in I put the middle pedal down so just those strings were still open, and I used my left and right hand as well. It was really to do with that sense of resonance you get when … the sustain pedal is not opening up the whole instrument, but just some of it. I like the way the colours change, the notes I play vary and the sympathetic resonation is different as you go along.

“That piece has a walking bass line, so it’s probably the jazziest piece on the album.”

Comparing Undertow with Freehand, his first solo album, Stevens says he knows a bit more now than he did then.

“I think the playing is probably a bit better. I like it [Life’s Undertow] because it is all improvised. I’m pleased with that.”

Doing Undertow changed some of Stevens’ ideas for the trio.

Stevens has been described as “uncompromising” and his work as “unsentimental”.  Are those terms accurate?

“When Ashleigh Wilson in The Australian described Freehand as ‘unsentimental yet emotionally arresting’ that was the best thing that anyone’s ever said and I wanted to give him a hug, because that’s exactly what I’m going for,” Stevens says.

“I do not want the music to be sentimental, but I do have an emotional investment in it when I play it and I’m thrilled when that comes across. I don’t want to be playing that easy path of sentimentality.

“But there’s lots of sentiment. The distinction is very important to me. There’s emotion, but it’s a responsible reflection on emotion rather than just wallowing in it.”

Tim Stevens is responsible for Life’s Undertow, which he will launch in an uncompromising and emotionally arresting concert on Saturday, May 26 at 8pm in South Melbourne Town Hall, 210 Bank Street, South Melbourne. $20, children under 12 free.