FESTIVAL TAKES TO THE SKIES 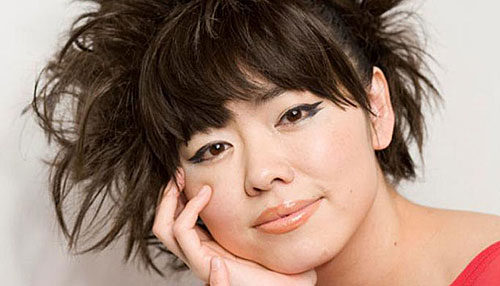 Hiromi is among artists who will fly Qatar Airways to Melbourne. (All About Jazz image)

Ausjazz blog previews the Melbourne International Jazz Festival 2012, which was launched on March 13:

The hubbub on level 24 of The Langham in Melbourne gave way to attentive silence yesterday evening as Murphy’s Law treated the assembled multitude to about four minutes of Big Creatures & Little Creatures: The Modular Suite.

The music was a welcome relief from the necessary formalities of the official launch of this year’s Melbourne International Jazz Festival, which will run from June 1 to June 10.

If the fragment of this commissioned work by Tamara Murphy was any indication, its full performance at Bennetts Lane as part of the festival’s Club Sessions will be compelling.

And if the question on everybody’s lips as program details emerged was how the festival’s focus under artistic director Michael Tortoni would differ from its direction under Sophie Brous, the real story of the night was about a key sponsorship.

As Melbourne’s music glitterati watched a promotional video about the delights of the Middle East state of Qatar, it was dawning on us all what a coup it was to bag Qatar Airways as a festival sponsor. The benefit is obvious — it will be much cheaper to fly in international artists, thus countering to some extent the isolation of Australia from the jazz hotspots of the United States and Europe.

So who are the big names and what is the flavour of this festival? Tortoni described the focus as “jazz royalty alongside the voice of a rising generation” and said MIJF 2012 was “all about what jazz is when the talking stops and the music starts”. Well, every festival has to have its catchphrases, but to take up his theme with another well-worn phrase, the proof of the pudding is in the eating.

An initial glance at the program shows it is not overly adventurous, and represents less of a challenge — or an enticement — to audience groups on the fringes of more straight ahead jazz. The very popular multi-stage day of music madness and mayhem at Melbourne Town Hall will not take place this year, due to an absence of sponsorship and most likely of Sophie Brous. That’s a pity, because that gave the recent festivals a welcome edge that it must now fall to the Melbourne Jazz Fringe Festival to fill.

Potter will also perform some of his own material with Sydney’s Jazzgroove Mothership Orchestra as well as some commissioned Australian material. This should be exciting.

James will also feature in the Robert Glasper Experiment, “an Australian premiere event that smashes stylistic boundaries to reshape the future directions of jazz” by “taking hip-hop, R&B, soul and post-modern jazz to never-before-seen places”.

For lovers of Billie Holiday and Sarah Vaughan, US vocalist Dee Dee Bridgewater will visit Melbourne for the first time, and also from the ‘States’, Patti Austin will perform a tribute to Ella Fitzgerald with one matinee and one evening performance.

The familiar vocal extravaganza at the Palais this year is entitled “The Way You Look Tonight” featuring Katie Noonan, Vince Jones and Kristin Berardi in an opening night gala.

Likely to attract a much younger audience will be keyboardist-composer Hiromi (Japan/USA) who blends jazz with progressive rock and classical styles. Her first concert will open with US bassist Robert Hurst joining locals Jamie Oehlers and Dave Beck.

A film-themed package will feature five-time Grammy Award winner and cinematic composer Terence Blanchard on trumpet (in a quartet with Brice Winston on tenor, Fabian Almazan on piano and Kendrick Scott on drums), Australia’s Joe Chindamo performing his arrangements of Coen Brothers film music and an ACMI Jazz on Film program.

The Salon at MRC will host three concerts with Monash University under the Jazz Futures banner featuring the Terence Blanchard Quintet, The Fringe (with George Garzone on sax) and Tarbaby (with Oliver Lake on alto sax).

The Fringe and Tarbaby will also perform at a new venue for this festival, the Comedy Theatre. These outings should keep us awake.
From Europe will come bassist Renaud Garcia-Fons, appearing in the Arcoluz Trio at the MRC after a real highlight opener of pianist Luke Howard with Janos Bruneel (Belgium) on bass.

Samuel Yirga Quartet from Ethiopia will feature the piano prodigy at the Comedy Theatre, opened by locals The Black Jesus Experience.
For lovers of the Hammond B3 (and I’m one), Dr Lonnie Smith (USA) will perform at Bennetts Lane.

In the Club Sessions, Motif from Norway will feature along with Robert Hurst and the Luca Ciaria Quartet from Italy.
Allan Browne Sextet will celebrate the launch of Conjuror — a collection of his jazz poetry — in two sets which should be a festival standout. Sandy Evans will join Lloyd Swanton and Toby Hall for a special closing night celebration presented with the Melbourne Jazz Cooperative.

LIVE AT BENNETTS LANE, BUT 15 YEARS IN THE MAKING

When Robert Burke, Tony Gould, Nick Haywood and Tony Floyd launch their album Live At Bennetts Lane (Jazzhead) this week by playing live at Bennetts Lane, one member of the quartet will be studying their performance closely.

Bassist Haywood, who with his newly formed quartet of Colin Hopkins on piano, Stephen Magnusson on guitar and Allan Browne on drums recently released the album 1234, is making a comparison of these two bands as part of his studies for a PhD.

The key difference between the two groups is time spent playing together as a band — the combo of Burke, Gould, Haywood and Floyd have had 15 years to get to know each other’s work in the quartet. It will be fascinating to see what emerges from Haywood’s participant-observation research.

There is an academic flavour to the quartet that Burke says has matured over its years of playing at Bennetts Lane. Burke is Head of the School of Music and Coordinator of Jazz and Popular Studies at Monash University. Gould, who until 2005 was Head (Dean) of and Associate Professor at the School of Music, Victorian College of the Arts, will take up a teaching post at Monash University in 2012. Haywood is Head of Program and Senior Lecturer in the Department of Music at NMIT. Floyd works as a sessional teacher at the Victoria College of Arts and Monash University.

But the music for Tuesday’s CD launch, culled by Burke from his recordings taken over three years of the band’s live performances at Bennetts Lane, is likely to be anything but academic or formal.

Burke says quartet members do not rehearse, but arrive at the gig early to go through the tunes.

“The tunes develop. But we are improvisers. The compositions are just merely guides and in some tunes we don’t get to the melody for five or six minutes. In All of You, the melody comes in at the eight-minute mark. It’s really in the moment.”

On the new album the quartet plays two standards, Cole Porter’s All of You and Easy To Remember (Hart/Rodgers), traditional tune Charukeshi, Tahdon by Finnish saxophonist Jukka Perko and two pieces by Burke entitled Pointilism and Yashanmali (after his three daughters).

Burke describes Pointilism as a straight-ahead tune. “The chords are quite diatonic, so it makes a lot of sense. Everything’s in staccato and it develops from there. It’s not crazy stuff, but it is free.”

Burke says the quartet tries to avoid taking a formulaic approach to  improvisation. “It’s not that interesting to the other members of the ensemble if somebody’s playing 10 chords of their own licks which are somebody else’s. So if we’re playing a standard we’ll be playing within the harmony, but moving away from playing somebody else’s solos. It’s about the group improvisation.

“We don’t plan this. It’s the way we hear music and we’ve evolved as a group. That sort of rapport only happens over time.”

The quartet has had plenty of time to build rapport. Burke was 15 when he met Gould,  who was taking classes at the University of Melbourne.

“It was a different time then, when there weren’t really jazz clubs and people weren’t really jazz musicians,” Burke says. “There was jazz in the sixties, but people’s main jobs were in television and the theatre — the Frank Smiths and Graeme Lyalls. Don Burrows would be doing a TV documentary while he was doing his gigs.”

Tony Floyd on drums at Bennetts Lane, but with a different band.

Burke met Floyd, along with Doug de Vries and Jex Saarelaht, in the 1980s when music educator Jamie Aebersold came to Australia. He met Nick at the VCA and quartet members had some gigs from 1983 when Martin Jackson formed the Melbourne Jazz Cooperative. But they did not start playing together as a group until 1996.

Burke says this is not traditional mainstream jazz.

“We don’t play what I call eighth note jazz, which is what you have when the bassist is doing a walking bass. It’s more open.

“We do have jazz tradition. We’ve listened to all the greats and transcribed them and we have influences from all those people, but we’ve moved on from that. There are influences from every type of music. If you listen to Tony Gould, he sounds like Ravel and Debussy.”

GIGS NOT TO MISS 2 — SUNDAY

Sundays used to be days of worship and reverence for many of us, and the chords and melodies of hymns are deeply embedded in our musical memory banks. Many of us have left that music behind in the process of shedding beliefs, but the beauty and mystery and — it often seemed — the rich exultation and sadness have left their mark, even if at times it shows mostly in an imperative to find alternatives that are challenging, dissonant or provocative.

Marinucci, Gould and Manins are not inviting us to worship, but they may well inspire us to reverence with the beauty of their playing and allow us to sink deeply into the luxurious timbres of their instruments.

I don’t know what this trio will be playing, but I don’t expect it to be at all jarring or hard to take. This Sunday could well be a time for quiet reverence. No drums, no bass; just the mingling voices of these three instruments (well, four if you count Gianni’s two horns).