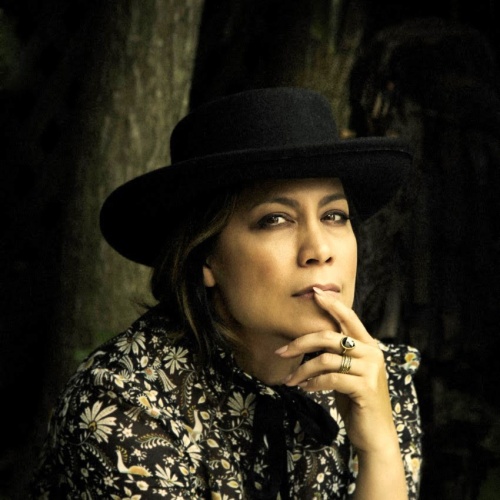 Apologies to A.A. Milne for messing with his words from Disobedience, but it seemed appropriate. The mother of Milne’s James Morrison, one suspects, would have thrown caution to the winds and headed out to Monash University next month, even if she had no hope whatsoever of being “back in time for tea”.

On that Saturday and Sunday next month, Monash Academy of Performing Arts will put some well known names in Australian music — James Morrison, Kate Ceberano, Joe Camilleri and Paul Grabowsky —on stage at Robert Blackwood Hall along with talented musicians including  Morrison’s quintet and 20-piece ensemble The James Mustafa Jazz Orchestra.

A highlight of the Saturday program will be MAPA’s newly commissioned composition from James Mustafa featuring his outstanding jazz orchestra with world-acclaimed James Morrison as soloist.

The James Mustafa Jazz Orchestra is comprised of some of the country’s finest and most respected musicians.  Their debut album The Last Sanctuary, released under the Jazzhead record label has been a best seller and they have performed many sellout shows across Victoria.

Together they will reimagine and transform some of the finest songs in the songbook of one of the 20th century’s greatest song-writers and poets – Bob Dylan.

“The songs of Bob Dylan have become part of the inner fabric of our lives, and his creative journey has recently brought him around to the Great American Songbook, which has traditionally formed the basis for many extraordinary jazz performances,” says Paul Grabowsky.

“Now we return the favour, with an investigation from a jazz perspective of his masterpieces, interpreted by two of our greatest vocalists, Joe Camilleri, himself a deep Dylan devotee, and Kate Ceberano, whose song choices will surprise and delight.”

Musical Director for this concert, Grabowsky will be on piano, Luke Andresen on drums, Rob Burke on saxophone and Jonathan Zion on double bass.

Children
Children aged two years and under are complimentary when not occupying a seat.

In a contest of popularity, the Choir of Hard Knocks — at Hamer Hall with Kate Ceberano and Carl Riseley —  singing songs of Billie Holiday had to win by about the distance you’d put between yourself and a coughing Mexican, but I was ready for something with more of an edge. That said, feedback from the choir’s gig suggested there were deeply moving solos and that Ceberano captured the Holiday spirit superbly. The packed venue loved it, and what purists doubted was suitable for a jazz festival was instead a great success.

Over at Bennett’s Lane, the large room was packed to overflowing for US saxophonist Tim Berne with hometown accomplices Scott Tinkler on trumpet, Marc Hannaford on piano, Phillip Rex on bass, Simon Barker on drums and Stephen (yes, he was everywhere) Magnusson on guitar. The obscure reference to a software purveyor in the gig title remains a mystery, but there was nothing obscure about the resulting music. The first set had my nerve-endings jangling so excitedly that I went home convinced it would be the best of the festival for me. Nothing has upset that view.

Tim Berne told us the ensemble would play Duck, then a piece with no title yet “but it will have by the time we get to it” and a third piece called Whatever. “By now you’re impressed … I try to set the bar really low”, he added. Berne opened with piano, bass and drums, with the Duck being fattened and tenderised, possibly being chased about the yard and then on a wall-of-sound roller-coaster ride that seemed destined to end terminally. It was gripping, with Magnusson tending his pedals to produce exotic feedback and every so often Tinkler intruding on the frenzy with notes — or wailing sirens — so tangible they had only to be reached for to be seized. The blaring sounds were gradually, deliberately slowed, so that a regular beat emerged from the shambles. I doubt it was the duck’s heartbeat, because the duck was indubitably dead.

Untitled — Berne couldn’t come up with a title — had a much more gentle start. Was it a ballad? The mood was sombre, even ponderous. Rex was rivetting on bass, with Hannaford intervening, then Magnusson, each travelling at a different pace. Interwoven paths seemed to criss-cross and intersect, as if travellers occasionally came across each other, interacted, then proceeded with their own journeys. The ensuing frenzy had many distinct parts. As the pace slowed, the bass backed off and Tinkler’s horn lifted the piece to a sudden finish. If the band was breathless, so was the audience. No, it wasn’t a ballad.

Present tense interlude:
There is a muttered “all bets are off” from Berne as Whatever begins. Hannaford’s deep, resonant notes are left hanging, adding presence and atmosphere to the piece, while short, faster runs of notes dart between. Soon Tinkler is shooting out rounded globs of sound, before indulging in some virtuosic “exercises”, then delivering shimmering horn notes followed by tiny, thin wires of sound. After some rapid rhythmic chaos, an emerging slow beat ends in sudden quiet before Magnusson produces ghostly, almost human sounds and cries — glottal, like an awkward swallow, and primal. Drums come in like a spatter of rain, the guitar going into neutral chatter — desaturated sound — then becoming something alive. Squawks slow, then grow faster, with trumpet notes drifting over. Behind the insistent beat there is restless movement, a growing together that stops to let Berne’s sax in to play a series of disconnected notes, eschewing melody. Rapid, changing drum patterns appear tamed by the sax, then not tameable. There is a build-up to a mixed up mess of sound. It stops. The set ends. Beside me on the bench, two recently ex Sydneysiders are transfixed.

The second set consisted entirely of Berne’s piece Adobe Probe. In general it seemed a little less cohesive and might have gone on too long. Yet it began with a glorious miscellany of sounds — you could drown in it and enjoy the process. Hannaford and Rex had a conversation that was engrossing, though not necessarily harmonious, then Tinkler and Berne took a smoother, sonorous journey. The end came after frantic drums and bass fought gentle piano, all stopping for the guitar to insert some sparse sound “glitches”. The Adobe Probe had landed.