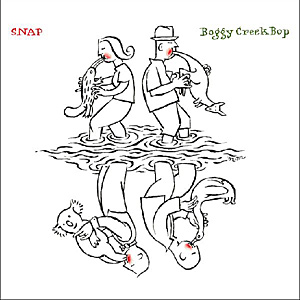 IS there such a thing as too much sax? Yes, if you’re not in the mood, but in this debut by saxophone quartet SNAP that is not likely.

US record producer George Coppens believed saxes should be heard only in groups of four, but that limitation has not curbed the creativity and inventiveness of this outing.

Evans’s Five Portraits of Bellingen suite includes the wonderfully evocative Dawn Over Gumbaynggirr Country and the lively fun of Urungatang and Street Party.
Johnston’s pensive Reviled will be deeply valued, as will this thoroughly saxy album.