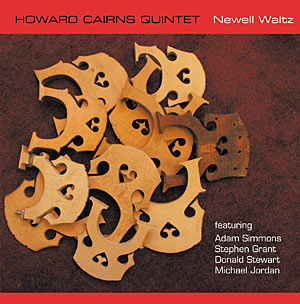 WHAT a delight that double bassist Cairns, after 25 years of being a stalwart in others’ bands, chose to lead such a talented ensemble playing his compositions.

There is no chordal instrument in the line-up — Michael Jordan on drums, Stephen Grant cornet, Don Stewart trombone and Adam Simmons tenor sax — but luxuriant harmonies mingle with melodies and timbres to create moods variously dark, spirited and humorous.

In Platform 2, the horns set up a succession of resplendent echoes, the ‘bone and sax soft and sumptuous, the cornet plaintive and occasionally chattering, giving a vital edge.

Cairns, a sousaphone player who grew up on church brass bands, values the expressive power in the interplay of horns and uses it.

File between: Charlie Haden, The Vampires