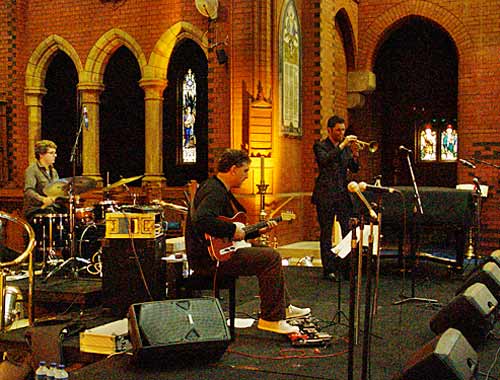 IN June 2009 at New Box Studios this trio brought out the eponymous album By A Thread on the Downstream label, which aims to get bums on seats at live music performances by extending the reach of the music. The cathedral at Wangaratta was well suited to By A Thread’s ethereal, soulful music. It was moving to hear Paul Williamson’s lyrical trumpet notes (the other PW is a saxophonist) soaring heavenwards into the hallowed heights of this magnificent space. 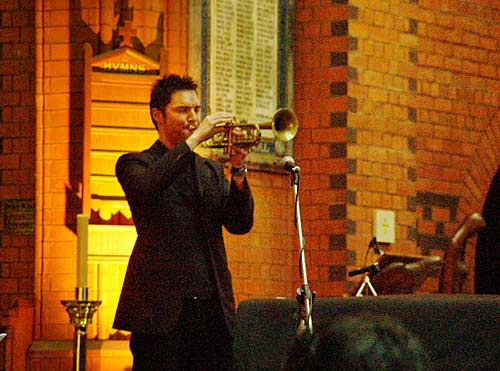 I felt that this concert could easily be called worship. Hughes and Williamson created dreamy, introspective music that was both reverent and a reverie. McLean’s drums were muted, his sound somehow flattened out or damped down behind the other instruments. At one stage his playing seemed like pebbles rolling about gently in the tray of a tip truck. Then came rattles and the sound of sticks on metal.

By A Thread took the cathedral audience on a journey that could have taken listeners deep within or off into flights of fancy. I could not stay for the whole set, but the time I spent was deeply valued. 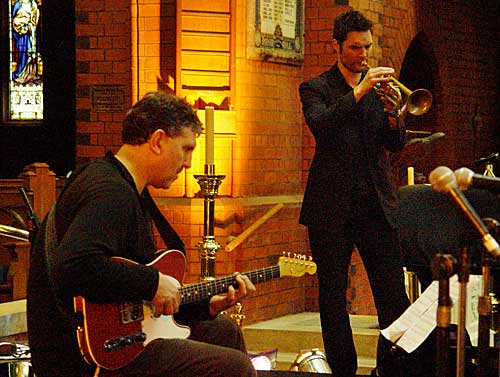